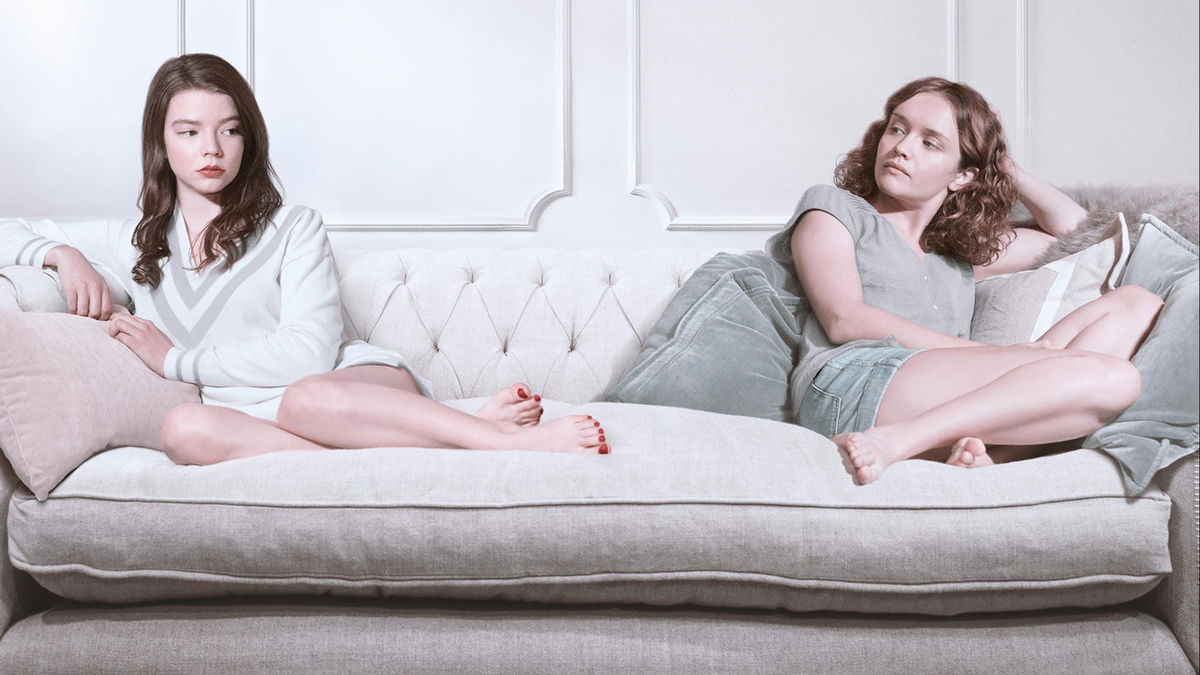 I wasn’t sure what I was expecting from this movie. To be honest, all I knew was that it had a really colourful poster, and that every man and his dog on Letterboxd was going crazy for it, so I went in blind.

Turns out, Thoroughbreds is quite dark, but in a black comedy kind of way. It follows two girls who reconnect after being childhood best friends. After initially growing apart because they were so opposite to one another, they eventually realise that they are more alike than they seen, and make an oath to each other that they will solve their problems together.

It just so happens that their problems involve a murder plot…

Anya Taylor-Joy is so talented it’s annoying. How honestly dare she? She’s out in Hollywood looking like a newborn baby, yet can perform every accent known to man. Olivia Cooke is extremely good in this too – better than she was in Me and Earl and the Dying Girl. I’m not sure whether her character is supposed to be a sociopath or not, but that shit fascinates me, so I was keen to see where this story took her. Not enough visual media talks about that sort of thing, leaving the film with definite Girl, Interrupted/Heathers vibes.

Everything in this movie is so gorgeous to look at it’s offensive. The set dressing, the costuming, the shots themselves… Every corner of the screen is so meticulously decorated and so cohesive that the tone is set immediately as soon as Thoroughbreds begins. Sadly, it all got a bit slow and dreary around the “Chapter 3” mark. But Chapter 4 is so well done that it definitely rescued slightly.

I had a blast with this movie, to be fair. However, it’s one of those that you enjoy at the time, but then don’t think about ever again. In fact, the first time I’ve thought about it since watching (nine days ago) is right now to write this review.

On the whole, I’d say it was good enough to pass your time, but don’t expect anything life-changing.

Thoroughbreds is available to stream on Netflix in the UK.