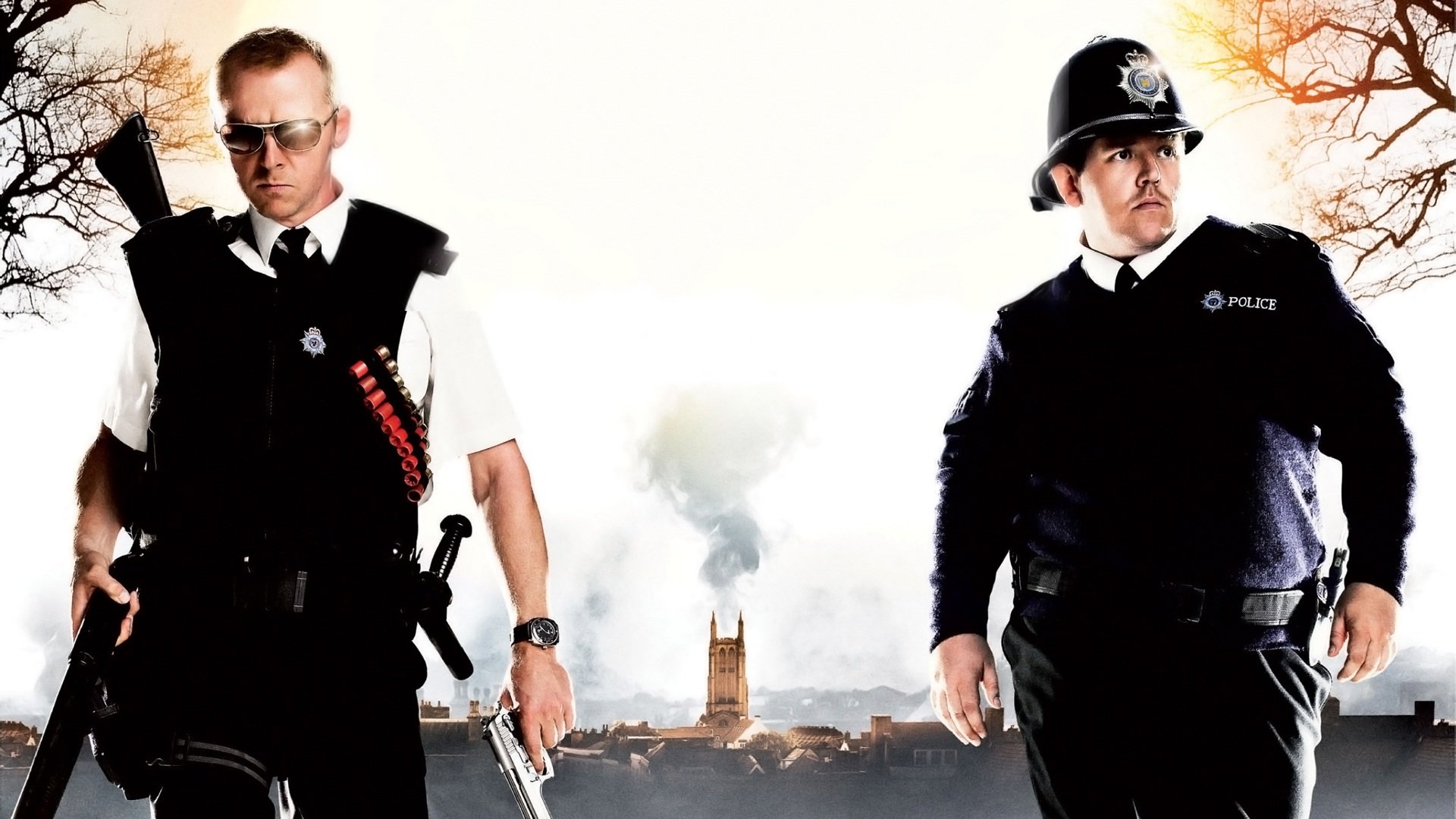 If you read my Shaun of the Dead review, you’ll notice I gave it a very average rating of 3 Qs. Well, Hot Fuzz distinctively got hyped up to the same degree, but absolutely deserved that hype more.

This time, Simon Pegg and Nick Frost pair up as an unlikely police duo in the rural town of Sandford. After being relocated there from Scotland Yard, Pegg’s character realises that the town isn’t all it’s cracked up to be, and several murders begin to take place before his very eyes.

Firstly, I just think this premise was much better. Both zombie apocalypses and detective movies have been done to death at this point, but what Hot Fuzz does here is parody a topic that is very rarely parodied. We’ve all seen the horror spoof crap by now (Scary Movie etc), so this felt much more original despite it having a well-documented theme at the forefront.

The cast was insane once again – perhaps even more so than it was in the first movie of the Cornetto Trilogy. Basically every big British actor who wasn’t in Harry Potter was in this, complete with a Professor Slughorn and Argus Filch crossover. (The Hound from Game of Thrones! Anne Reid! Cate Blanchett!!!) Nick Frost steals the show as usual, but the supporting cast is excellent. And don’t even get me started on Olivia Colman. When her character said ”nothing like a bit of girl on girl” towards the end, it was as if she had predicted The Favourite a decade early. Amazing.

I still didn’t find much of this film laugh out loud, but some of it was genuinely really funny, unlike a lot of the jokes in the previous film. I also love love love a murder mystery, and I love love love a good shoot out. So this ticked all of those boxes for me.

Other than that, I’m actually fuming that no one said ”you’ve got red on you” in this one. However, if you really can’t be arsed to watch all three of the films in this trilogy, I’d recommend you make it this one.

Hot Fuzz is available to stream on Sky Cinema and Now TV in the UK.