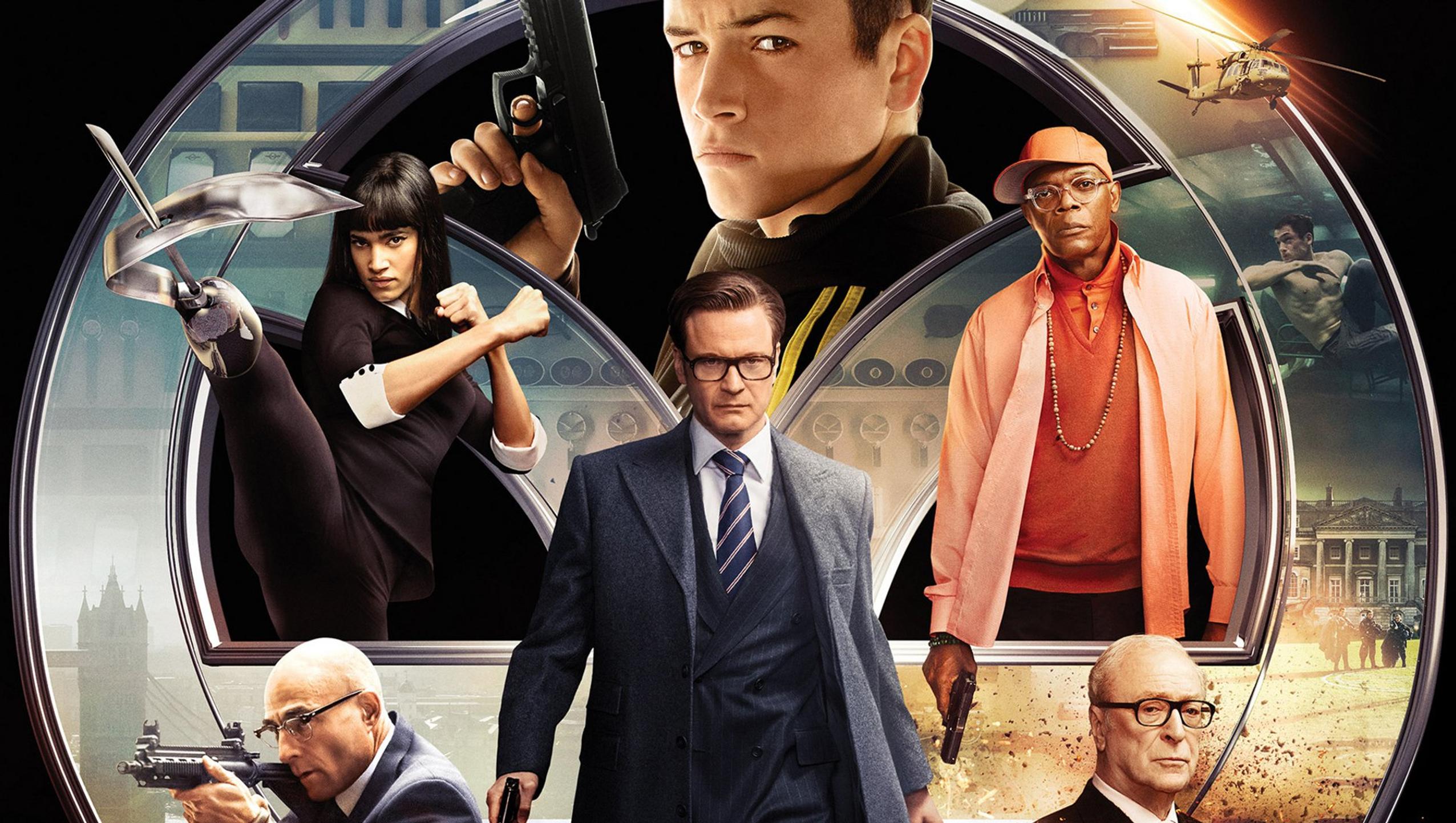 Time for another one of those movies that completely passed me by when it was released. Despite having an all-star cast, Kingsman: The Secret Service falls safely into that category.

Immersing us into an all new world, we are escorted through a whirlwind tour of a British spy agency after main character Eggsy (Taron Egerton) is recruited by them. He endeavours through a series of tasks with other recruits, including Roxy (Sophie Cookson) who quickly becomes his best friend. Before long, the secret agents uncover a sinister plot that threatens the entire globe, led by Valentine, who is played expertly by the King-of-Playing-Diverse-Roles, Samuel L. Jackson.

Despite never seeing a single James Bond (I’m planning on changing that, by the way), I love spy/secret agent movies, and this did not disappoint. Kingsman lovingly parodies spy movies and only takes itself mildly seriously which is great to see. There are various action and fighting sequences that are consistent throughout too, so there’s not a single opportunity to be bored during the film.

After watching, I noticed that there are some unwarranted one star ratings for this movie, chiefly from American movie buffs, which I found very interesting. There are some themes of ‘Rule Britannia’ and anti-Americanism within this though, so it’s perhaps not so surprising. Others ranted about the movie ”being void of meaning”. So what if this movie “doesn’t mean anything”? It’s just a bit of fun, get over yourselves! Not everything has to be Bergman‘s The Seventh Seal, my dudes.

As I already mentioned, this movie is filled with big names. Aside from those whom I’ve already given a shout out to, there’s also Colin Firth, Michael Caine and Mark Hamill, plus others. Every single one of them is brilliant, and I was especially pleased by how Firth was able to shake his rom-com/English prince persona to become an all-out assassin, albeit a well-mannered one. There’s another villain who helps out Valentine on his mission too who was a highlight of the movie for me. She has knives for feet, for Christ’s sake. Do I even need to say anything more on that?

Like any good spy movie, Kingsman is jam-packed with action, fight scenes and obligatory gadgets like poisonous shoe blades and bullet-proof umbrellas. My attention only wandered once or twice, which is more than I can say for a lot of action movies as they often leave too big of an interval in between such sequences.

As I’m always one for little Easter Eggs in movies, I absolutely loved the reference to The Shining with the kid in the bathroom at the end. The more I think about it, this is a movie that is filled with similar sorts of references, which I will find endlessly fun even if the movie itself isn’t all that great.

This is a movie that’s not going to change cinema in any way, but it’s easy to see why they followed it up with a sequel. In fact, I wouldn’t be surprised if it became sort of a comedy relief mirror image of the Bond franchise, as it definitely has an unlimited amount of stories to tell.

Best movie ever? Nah. But it was a bundle of fun, and I’ll certainly watch the second movie despite it having less favourable reviews.

Kingsman: The Secret Service is available to stream on Netflix in the UK.