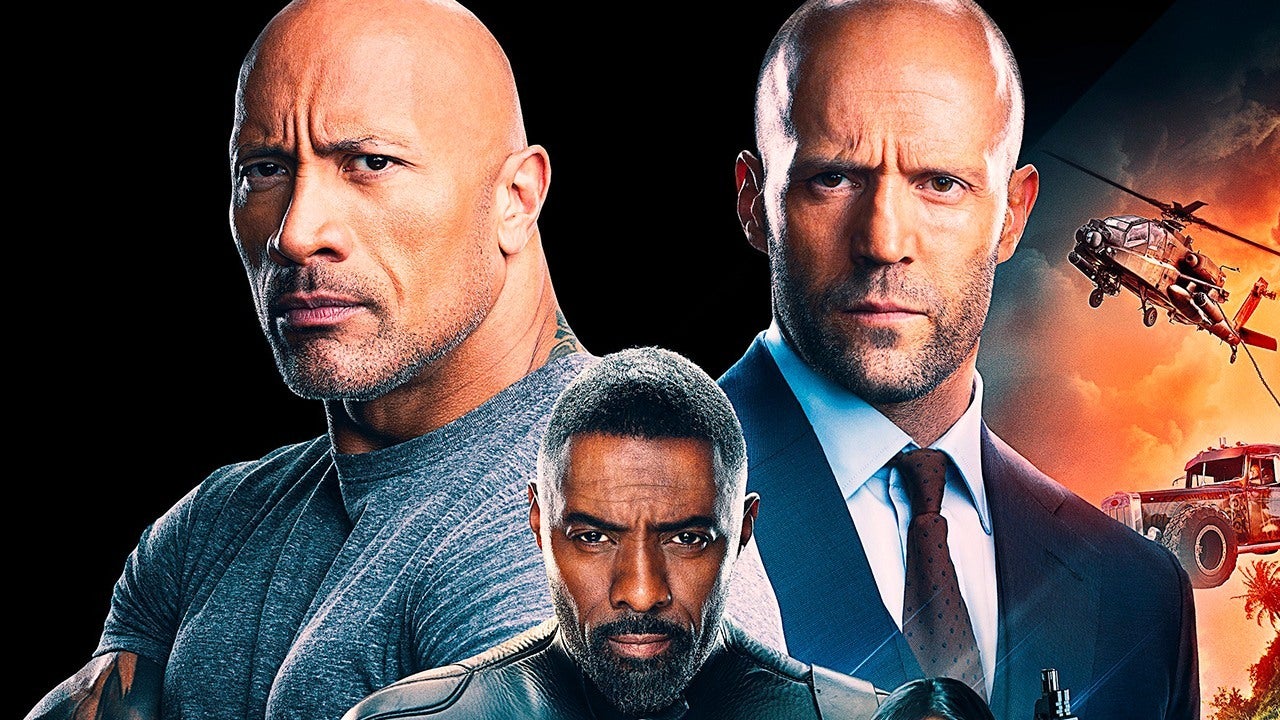 Actually, hurrah isn’t the right word here as it would suggest some sort of relief. But I’ve actually had a ridiculously fun time watching these movies, and even though they aren’t exactly masterpieces, you can’t deny that their characters are compelling and their stories are entertaining.

In this spin-off, we join officer Hobbs (Dwayne Johnson) and ex-agent Shaw (Jason Statham), who form an unlikely duo to fight a new threat: aptly, a deadly virus which is being championed and distributed by a genetically-enhanced super villain named Brixton (Idris Elba).

Let’s get this right first off: this movie isn’t about cars. Funnily enough, I actually feel like they should have dropped the “Fast & Furious Presents” from the title; cars are literally only alluded to in this movie. What the spin-off actually ends up being is an action movie with a cop and a reformed bad guy at the fore that just happen to be Fast characters. Nevertheless, it’s just as fun as any of the past instalments.

Alongside our main guys, the additional new characters are excellent. Elba is as great as a crazed enemy as you’d expect, but the real surprise here came in the form of Vanessa Kirby, who is mostly known for playing Princess Margaret on Netflix’s The Crown. Here though, she couldn’t be further from royalty, wielding a gun and completing some stunts that John Wick himself would be proud of.

Whilst we’re on the topic of stunts, some of these ones are absolutely out of this world. Unlike in some of the past Fast films, I don’t care if they’re unrealistic or full of action movie tropes at this point. That shit is impressive as hell, and although the stunts are often so insane they’re unbelievable, somehow they’re not as laughable in Hobbs & Shaw as they have been previously. The movie itself holds on to some of the cheesy charm of its predecessors, but lets you know as the audience that it is extremely self-aware in that regard.

There has been some criticism regarding this movie for its ‘locker room’ style talk, but you know what? I’m not ashamed to say I love all the macho banter bullshit. It’s entertaining, and if you don’t agree, you’re probably one of those people who knits in their spare time. They’re not insulting anybody other than each other, and more often than not, their exchanges are actually hilarious.

One thing I’m not usually a fan of is an unnecessary romantic relationship, but I’m going to make an exception here. Who doesn’t ship The Rock and Princess Margaret, for God’s sake?! At least here it serves a purpose and brings quite a few comedic moments with it, whereas in most movies, a romance is included purely to draw in the ‘female crowd’. This is the one time I’ve felt as though it worked.

If you want a word to describe Hobbs & Shaw, I’d say ‘bullshit’. That’s right, it’s a bloody ridiculous movie, and it probably didn’t need to be made in the grand scheme of things. But it’s also entertaining bullshit, so I’d definitely watch it again.

One thing’s for sure: it’s definitely not the worst Fast movie.

Fast & Furious Presents: Hobbs & Shaw is available to stream on Sky Cinema and Now TV in the UK.