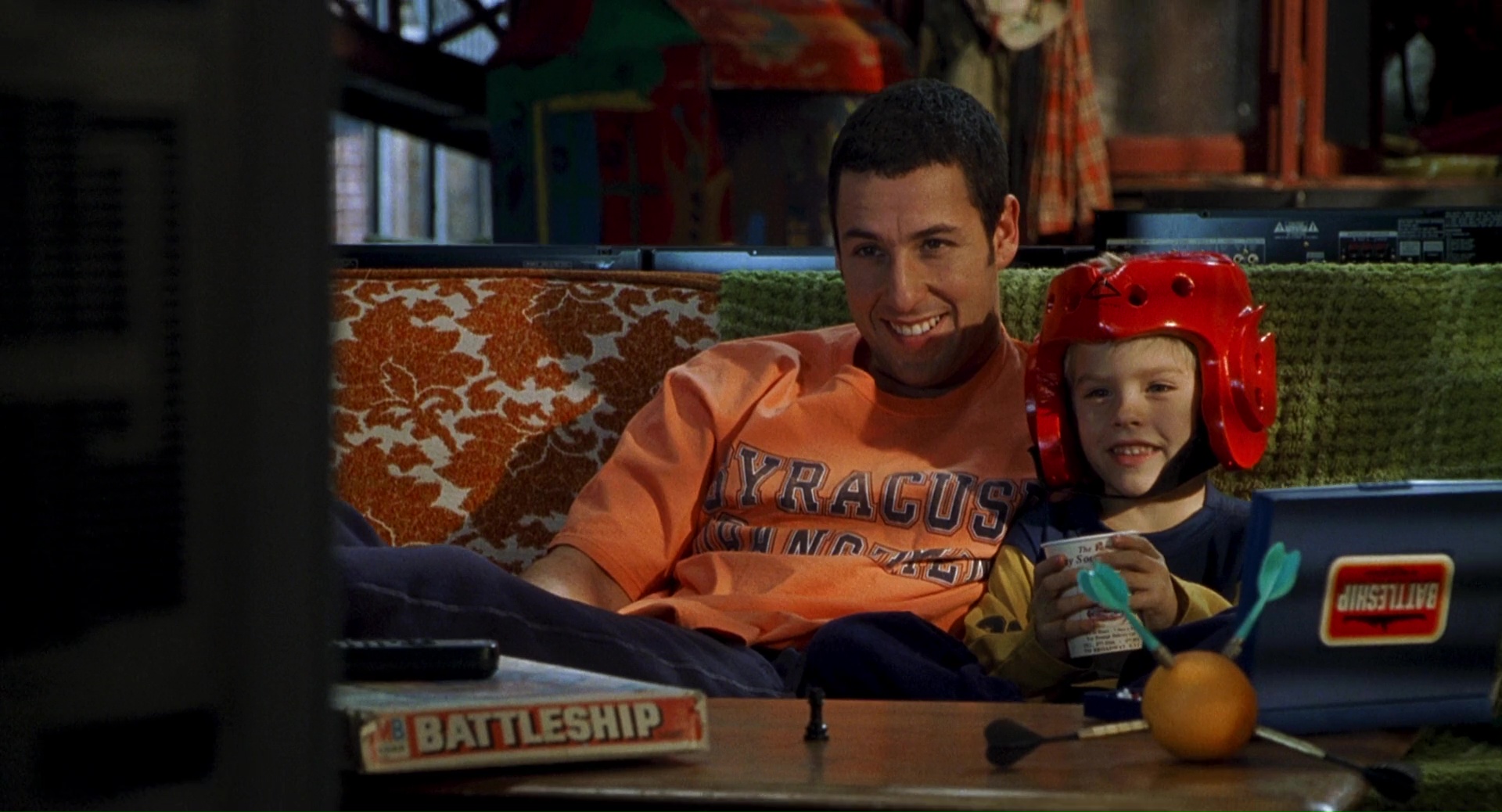 Ugh, you’re right. I’ve been sucked into an Adam Sandler wormhole. It’s no secret that so many people are divided over his movies and Sandler himself as an actor, but I realised recently that I’ve really not seen that many of his movies. Uncut Gems has been one of the best movies of the year for me, so why not give his less celebrated stuff a go?

If you’re one of the few who hasn’t already seen Big Daddy, it’s basically one of your classic Adam Sandler comedies with a family twist. Sandler plays Sonny, a low life New Yorker who doesn’t have a job, has been recently dumped by his more successful girlfriend, and is slowly seeing all of his friends grow up and become successful themselves. Suddenly, a five year old boy is dropped at his front door, who claims to be his son. Sonny realises pretty quickly that his best friend is his father, but decides to look after the kid whilst his real Dad is away with work in China. As you’d expect, Sonny slowly but surely falls in love with the kid and sets out to adopt him as his own.

The whole thing plays out pretty much as you’d expect: it’s wholly unrealistic. But it’s so cute that it’s hard to care! How anyone could hate on this as a premise I don’t know; it’s full of heart, love, and ends up being a super wholesome movie that you can watch with your children if you don’t mind a little bit of bad language.

Although it’s not Sandler’s best movie (Uncut Gems), it’s certainly not his worst. This is definitely more enjoyable than The Longest Yard, that’s for sure, but I knew it was better than that after the first 15 minutes. It’s funnier, better paced, and a more well-rounded story when it comes down to it.

Speaking of the humour, there are so many funny gags in Big Daddy. The running joke about Hooters was the funniest of all. Sandler perks up with little quips like “Stay away from the frozen section, your boobs will harden!”, which sounds a little crass, but it’s absolutely hilarious in context. It is definitely the funniest of Adam Sandler’s movies that I’ve seen in a long time.

Big Daddy is full of surprises in it’s plot, too. I was actually quite glad that not everything played out all “happy ever after” in the end. (I won’t say much more in that regard for fear of spoilers.) It would have been so easy to go the obvious route, and the conclusion will really catch you off guard.

No, it’s not technically the best movie ever made, but it has a lot of heart and it’s really wholesome… and only 89 minutes long! Definitely the sort of movie people should be watching to escape reality right now. Specifically, this is a good movie to sit down with and watch if you have kids between 11 and 16, though it’s just as good as a lone watch.

Big Daddy is available to stream on Sky Cinema, Now TV and Netflix in the UK.