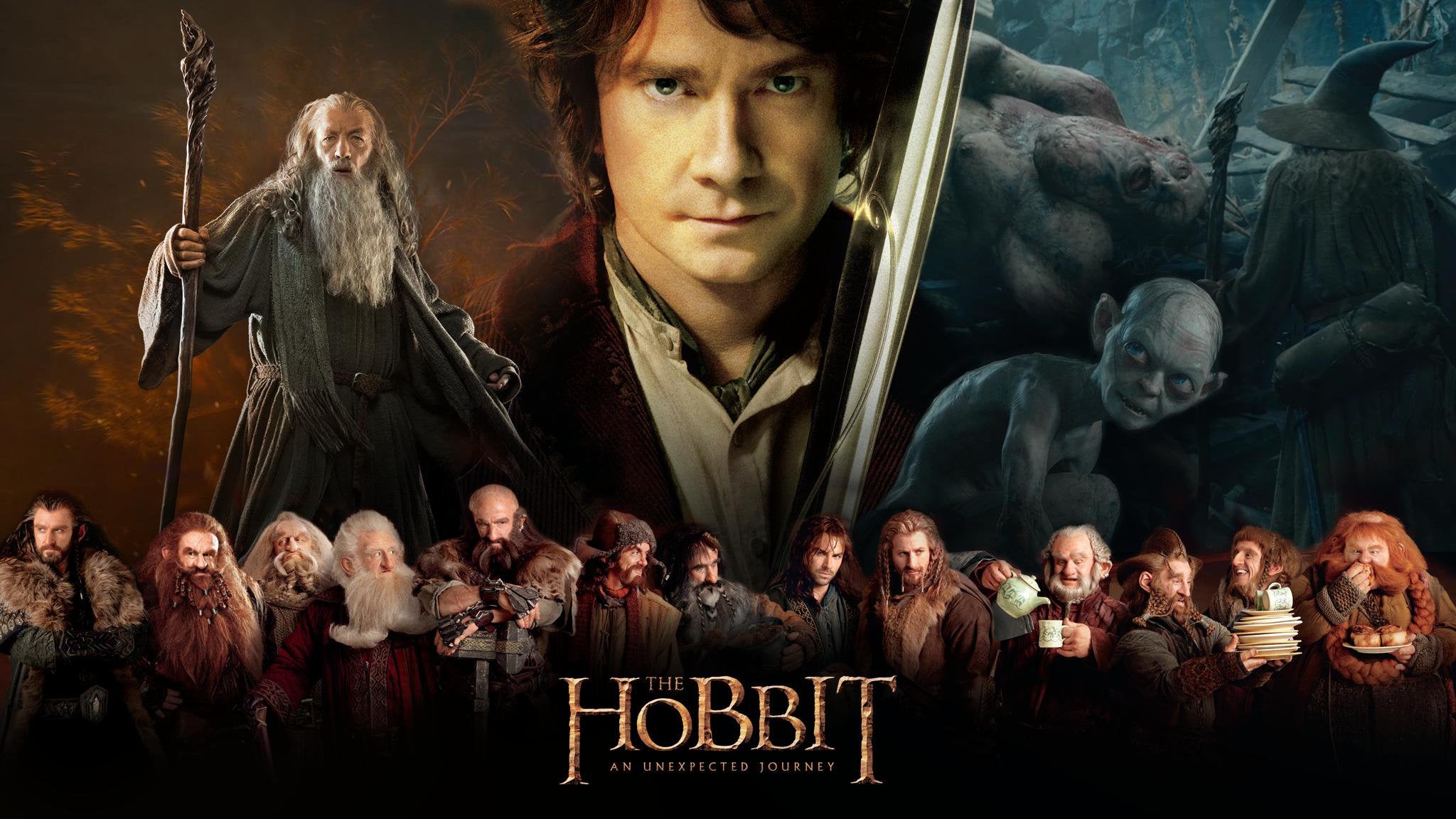 I’ll start this off with a disclaimer: I’m not a massive Lord of the Rings fan. I appreciate how masterfully made they are – that’s indisputable. But for my tastes? Just not my thing. At least Harry Potter had a lot of strong female characters, but now J.K. Rowling is cancelled, I don’t really fancy watching that either. So, why not attempt The Hobbit?

The first in the franchise is titled An Unexpected Journey. It’s kind of a lame title, I won’t lie to you. It’s as if the writers were like ‘ehhh just name it something generic’. And they did. Technically, this is more of a prequel to the LOTR trilogy, following the life of Frodo’s uncle Bilbo before any of the Mordor nonsense happened. Within the movie, we are given subplots of exactly how Bilbo came into possession of the ring in the first place, and how he met the fabulous Gandalf the Grey, played by Sir Ian McKellen. The chief plot line within this film however is the attempt to reclaim their home from Smaug, a fearsome dragon, with the help of thirteen gallant dwarves that would make Gimli proud as punch.

My first thought as the film began was that it is immediately a prettier movie than any other LOTR film due to advancements in technology. CGI and special effects aside, there’s some glorious cinematography in this one, including the standard rolling landscapes of Middle Earth and mountainous valleys. (One asshole decided to tell me that because the technology has improved so much it made for an uglier film. However, opinions are a thing, and this is mine. Keep your child-sized keyboard warrior fingers away from my reviews hun. You can disagree and shut the fuck up at the same time. Cheers.)

Although I didn’t love some of the plot lines of the original franchise, (all that faff over a shitty piece of £60 jewellery? Snore.) this one was more entertaining for me in a child friendly sort of way. The dwarves were always more interesting than the men, so it was super fun to see a change of focus with this. (No, I’ve not read the book so I had no idea exactly what the plot to this film would be, though I’m not entirely sure how true it stays to its literary counterpart anyway.) Saying that, I came here out of curiosity but stayed for the elves, who are forever the most intriguing of all the mythical species in this universe. And thank goodness Cate Blanchett had a heftier role in this one, because she was ridiculously under-utilised in Lord of the Rings.

However, you’ve got to give credit where it’s due: the underground battle against the trolls was more entertaining and inventive than any fight in LOTR. Wholly unbelievable, but super fun to watch. (Said asshole once again had something to say about this opinion, but what I mean by my statement is that it’s not all depressingly serious and death-filled. It was filled with some brilliant humour, and as I’ve already said: I’m not a massive fan of this world! Saying that I somewhat enjoyed this movie is as close as you’ll get to an unbiased opinion about it from me.)

Despite some questionable story editing choices, this movie was a lot easier to get through than the Frodo led bunch of films even if the plot was pretty obvious and straightforward by the end. I’m giving it a 4 Q rating purely because of its technical prowess and the fact that it was far less stretched out and tedious than the other movies.

Feel free to disagree with my dislike of the patriarchal world of Lord of the Rings, I frankly do not care. 🙂

The Hobbit: An Unexpected Journey is available stream on Netflix in the UK.