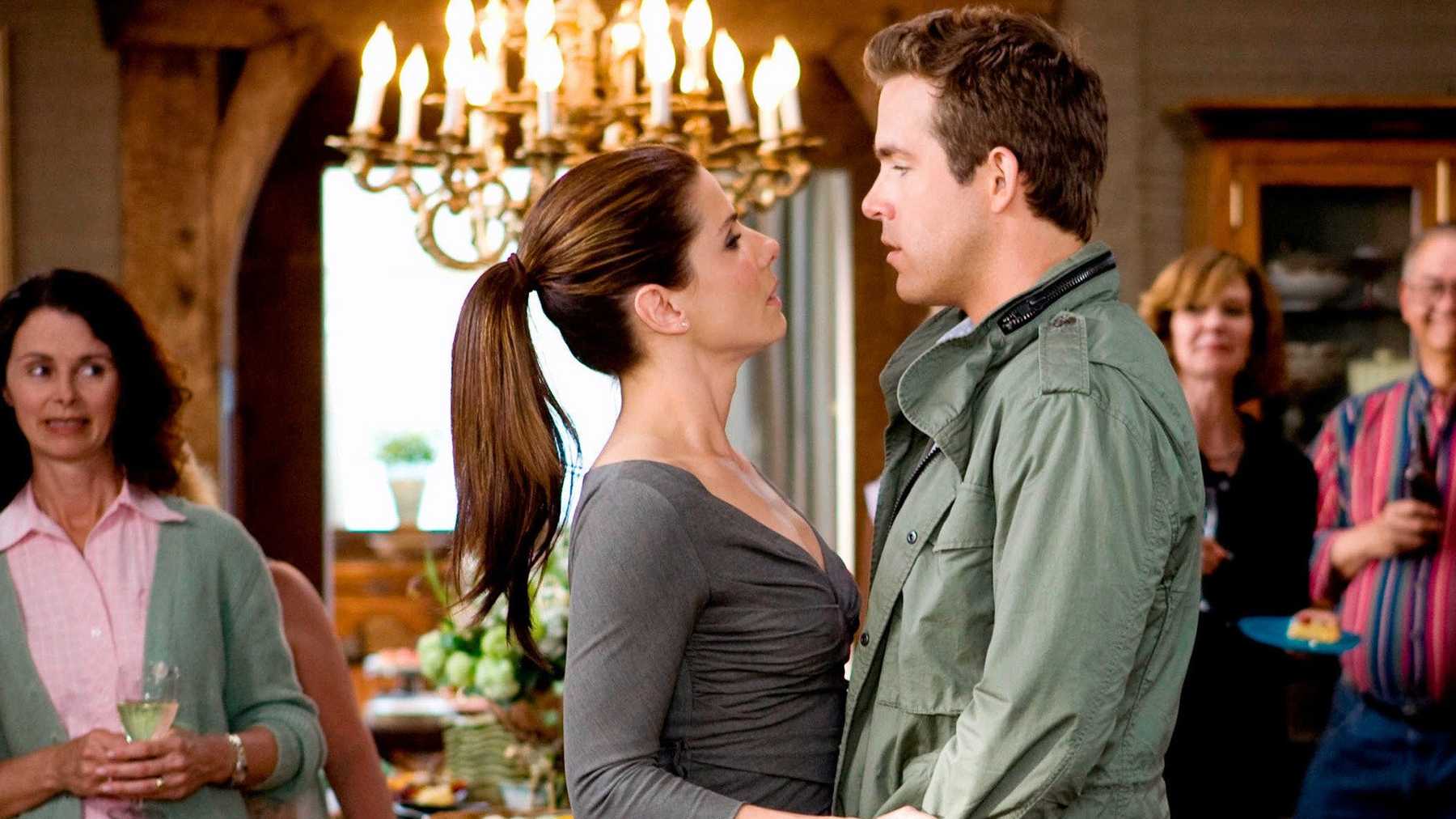 No matter how famous he gets, I’m never going to believe that Ryan Reynolds could pull Sandra Bullock. Never. It’s just never gonna happen. But I digress… Let me tell you what this is all about.

The Proposal is an unmistakably noughties romantic comedy from (female!) director Anne Fletcher, who also most notably brought Step Up (the original film that spawned sixty eight sequels) and 27 Dresses to our screens. The premise for this movie is simple. Sandra Bullock plays the HBIC at a high profile company of some sort, whilst Reynolds plays her lowly apprentice. However, as a Canadian, Bullock’s character is under threat of deportation when her Visa expires, and she hatches a plan to pretend that Reynolds’ character is her fiancee and they are due to get married very soon. One thing leads to another, and Sandra Bullock ends up going to meet Reynolds’ parents and immediate family on vacation in Alaska. Of course, we all know how it’s going to end up, and the pair of them figure out their true feelings for one another by the end.

Notice how I didn’t call either of the main characters by their character names throughout that synopsis? Yeah, that’s because I don’t remember them. Honestly, this movie is entirely forgettable and the peak of Ryan Reynolds‘ casual foray into romantic comedy. However, it’s not all bad.

I’m sure you’ve gathered that The Proposal is your average rom-com fodder movie that is designed to make money rather than change cinematic history, but it’s harmless and fun for the most part. Comedy-wise, there are highs and lows to it. There’s a particularly weird male exotic dancer sequence that is not funny at all and proof that not all of the jokes land here. On the other hand, the film itself is quite entertaining for such a simple script, mostly due to the star power of its leads. This does not mean that this movie is without its comedy, however. There’s one section with Sandra Bullock and Betty White in the forest that is simply comedy gold, which is to be expected when Saint Betty is in the frame.

Don’t mince my words: this was nothing new or overly exciting (even back in 2009), but I think we’ve established I’ll watch literally anything if Sandra Bullock is in it. And this is far from the worst film I’ve seen this year. In fact, this isn’t even the worst Sandra Bullock film I’ve seen, which is saying something because it’s entirely average, if I’m honest.

There are positives, don’t get me wrong. The pacing is decent throughout and there’s nothing boring about it even if some scenes were there out of humour rather than necessity. What I’m trying to say is, this is one of those movies you can stick on when your Mother-in-Law comes to visit and it doesn’t really matter if she talks through the majority of the dialogue because you’ll still all get the gist of what’s happening.

Nevertheless, if rom-coms are your thing then this isn’t a bad one!

The Proposal is available to rent on Amazon for £2.49 in the UK.