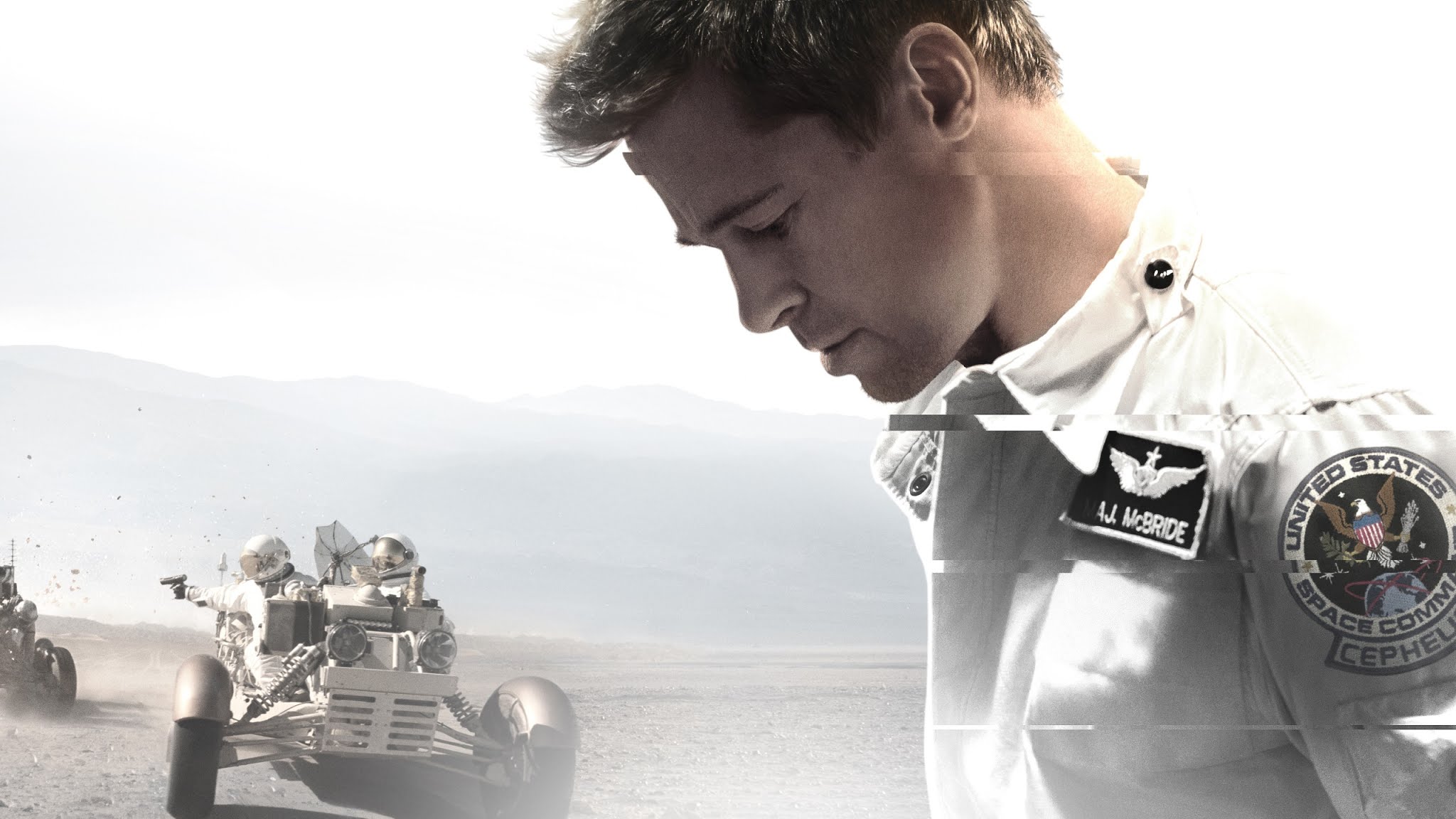 Space! Movies about space are generally pretty overdone at this point. I mean, since Gravity and Interstellar, space is all the rage. Again. But how does 2019’s Ad Astra starring Brad Pitt fare in an already overcrowded market?

Ad Astra is not unlike most other space movies, let’s be honest. It is the tale of one man (Pitt) who discovers a disturbing truth about his country’s astral past – a truth that explaining to you here would be nothing short of the world’s biggest spoiler. In the future in which this film takes place, some of the Earth’s population has now moved to the moon, where there’s now everything you need including an Applebee’s. The mystery that Pitt’s astronaut character finds himself in entails a space mission from days gone by, and what happened to the crew on board a shuttle that enigmatically disappeared in space never to be heard from again.

As you’d expect with most space movies, the visuals in this are s t u n n i n g. If there’s one aspect of Ad Astra that we need to get right first and foremost, that is it. The Director of Photography (Hoyte van Hoytema, who also worked on Spike Jonze‘s Her and Christopher Nolan‘s Interstellar, Dunkirk and new release Tenet) of this film should be extremely proud of himself. There’s always a real danger of making space movies look childish and cartoon-y, but there’s definitely none of that here. Scientifically accurate? Probably not. But it’s entertaining and aesthetically pleasing enough for that to matter less.

My interest level went through various peaks and troughs throughout, but I really loved that there was an actual story in this one rather than the main topic just being “space!” Instead, it’s a narrative that just happens to take place in space, so that’s cool to see. However, the main focus is chiefly on the protagonist’s relationship with his father, which seems weirdly to be the theme of choice in recent space features. (High Life is yet another example of this.) Such heavy reliance on family drama in this setting is so close to being overdone that whilst Ad Astra is fine, there needs to be more creativity if more space movies are created in future.

Elsewhere, the narrative is a slow burn at times, but this movie is rife with plot twists and I definitely didn’t see all of them coming. There are space monkeys that quite simply must have been inspired by Placebo, and Natasha Lyonne casually turns up to deliver two lines of dialogue as well. Why the fuck not, I guess?

Put concisely, Ad Astra is undoubtedly nice to look at, technically masterful, has good performances from Pitt and Tommy Lee Jones, but it’s not the most riveting movie of all time. There are definitely better movies set in space, but the undertones regarding the meaning of life, human existentialism and all of that deep shit were interesting to witness nevertheless.

If you have some level of patience, give this a whirl.

Ad Astra is available to stream on Sky Cinema and Now TV in the UK.