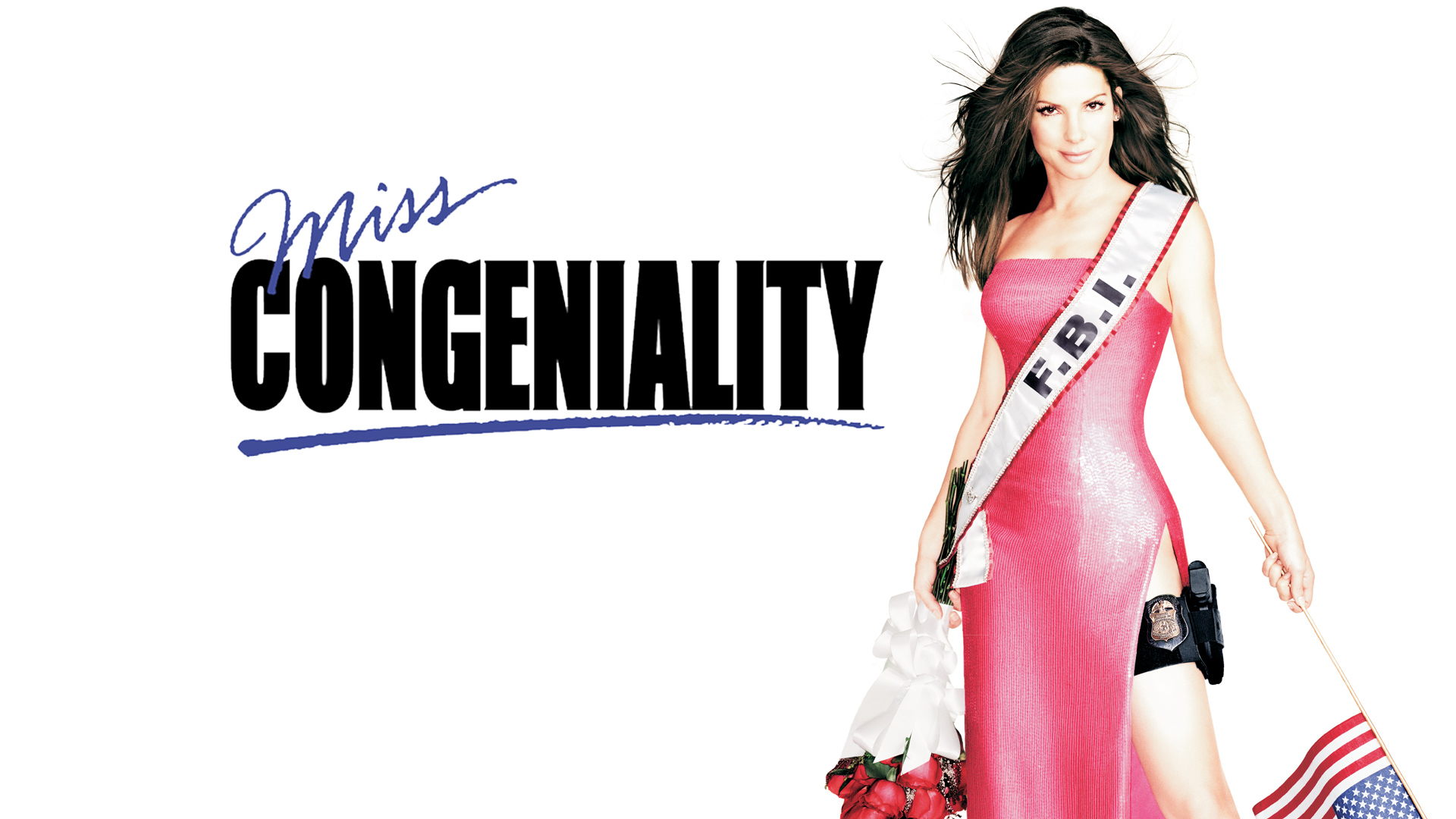 Is there anyone more reliable than Sandra Bullock? I mean, she’s had her share of average to bad movies (All About Steve is perhaps my least favourite film on the face of the Earth), but she completely shines always, doesn’t she?

Miss Congeniality is now seen as a ‘chick flick’ classic. Undercover FBI agent Gracie Hart (Bullock) is forced to enter herself into a Miss America beauty pageant after the bureau receive a letter detailing a terrorist plot to attack the contest. As she’s not exactly known to be the most gracious or ‘lady-like’ woman in the world, Gracie is first sent to beauty guru Victor Melling (Michael Caine) in order to become a more convincing entrant. She then enters as ‘Miss Jersey’, and begins her detective work to discover who is plotting such a heinous crime.

Is this the most riveting movie ever made? No, not really. But it’s a lot of fun nonetheless. Sandra Bullock of course enhances what could have been wholly dull, and it’s great to see her in this type of role where she gets the chance to goof around.  It’s questionable how well all the misogyny stands up 20 years on, but the flecks of female friendship and unity that shine through in this movie makes up for most of that at least.

It’s all just a little long for what it is, and there could not be a more obvious plot to it, but it’s plain to see why this is considered a classic. If such a thing as “chick flick royalty” existed, this would certainly be in the top 10. What is most refreshing here is the fact that although there is an obligatory romantic subplot, it doesn’t sit front and centre to distract from the feminism at the forefront of the movie. Think of the beauty pageant as the bonfire, and the romance between Gracie and Eric as a flickering ember amongst the ashes: it’s there, but it’s only a minor flame.

Sadly, some of the humour does fall flat here. Is that the fault of the script? Possibly. Though the actors certainly do their best to work with what they’re given, and Bullock holds the whole movie together like a fragile band aid.

I won’t ever think about this movie again in all likelihood, but it’s still enjoyable. And I’ve not even mentioned the killer soundtrack.

This movie’s tagline should have been ”An insignificant yet purely fun movie.”

Miss Congeniality is available to stream on Amazon Prime Video in the UK.