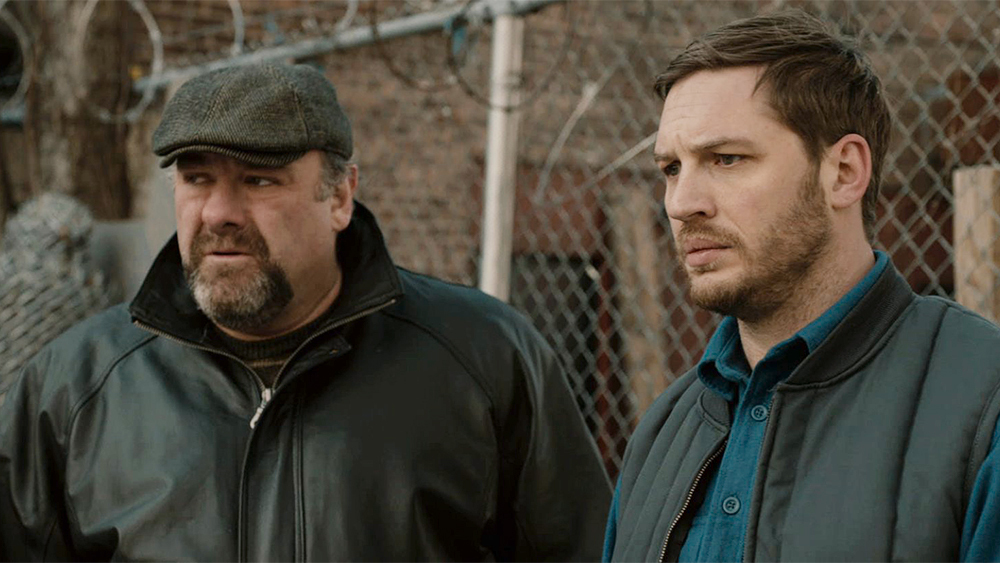 Oh, James Gandolfini. Words cannot express how much I love you. Simply put, he left the world way too soon, and I just wish there were more post-Sopranos movies with his face in them.

The Drop is pretty much your bog standard crime thriller mob movie. Starring Tom Hardy as Bob, a bartender who finds himself in the middle of a robbery-gone-wrong at his workplace, the film goes on to describe what “the drop” is, and how he’s been right at the centre of it without knowing this whole time. A deep investigation into who the perpetrators were reveals some truths about Bob’s family, friends and enemies comes to light when he least expects it, and he soon realises he needs to take things into his own hands. Oh, he also finds the cutest dog in the world injured in a trash can, so all is not lost really.

Look, I’m unashamed to say I enjoyed this over-dramatic, mostly predictable mob movie. Am I biased because I love The Sopranos? Maybe. But it holds its own to some degree.

I won’t beat around the bush, I mainly watched this to see the irreplaceable Gandolfini in his final film role, but the whole cast ended up being pretty great. Though I was a little iffy about Tom Hardy’s faux Jersey-style accent at first, he definitely grows into it as the film progresses. Alongside James and Tom, there are typically great performances from Ann Dowd, Chris Sullivan and Elizabeth Rodriguez to top it off… and again, that puppy is the cutest thing I’ve ever seen. All of the awards should go to that dog specifically.

Though the cinematography is pretty standard, the framing and the lighting is all done really well, making for a super moody, often intense tone. The one thing that let it down for me was the over-bearing score, which should have been edited down so there was less of it. We know there are shady dealings going on without the “ooh look at me, I’m shady” music, and it ended up being way too much. Subtlety is definitely not The Drop‘s strongest suit.

So the plot is pretty much your standard New York mafia mix-up, crime-filled storyline (I had to double check the synopsis before actually writing my own above), but it’s paced well enough and filled with a heightened sense of well-placed paranoia that means it doesn’t really matter that it’s not all that original. I was definitely consistently invested throughout, although in the four weeks between watching it and now, I can’t remember all that much about it. Passable… but not memorable.

Not only are the performances better than they needed to be (Gandolfini in particular, obviously) but there’s so much Giants memorabilia in The Drop that this movie will probably hold a special place in my heart for a long time.

It’s not exactly the most unforgettable film ever, but it was a good enough way to spend a Hump Day morning.

The Drop is available to stream on Disney+ in the UK.