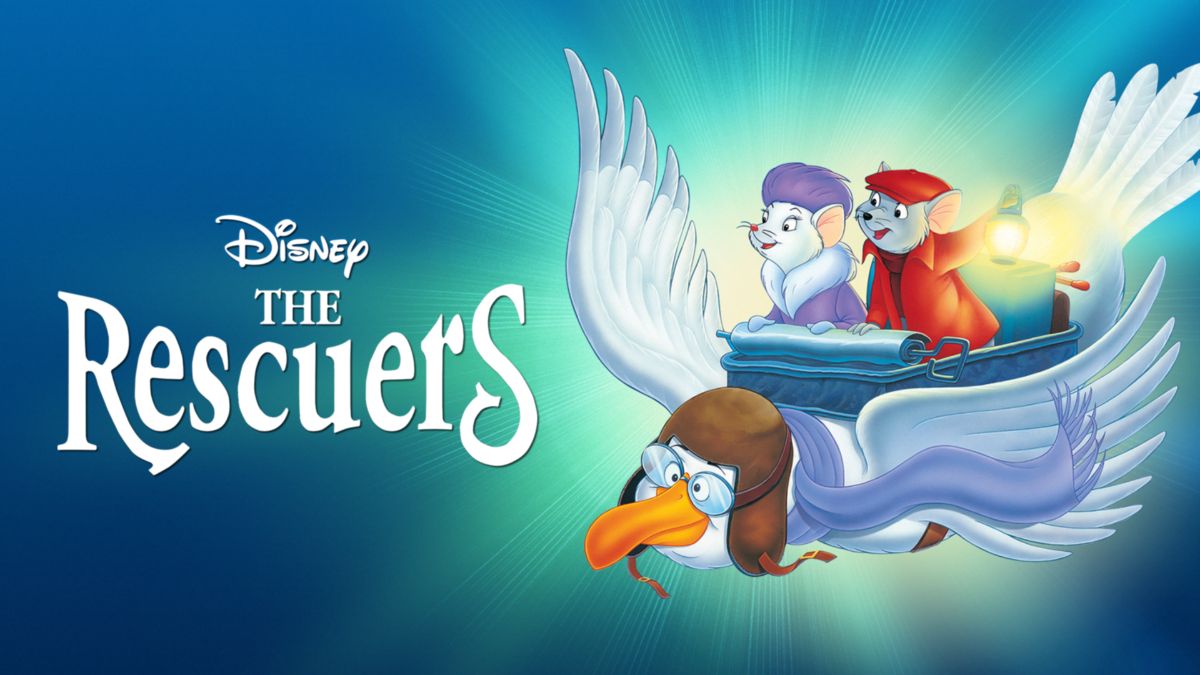 Isn’t it strange when a movie was made 15 years before you were born, but you distinctly remember its style as something you grew up with? The Rescuers has that classic Disney 2D quality, with some questionable racial stereotyping (standard) but also some vintage charm and wit. The Disney film that really defined my childhood was Pocahontas, but there was something about this one in general that felt very familiar and comforting. There’s something about the nostalgia of old animation that really evokes fond childhood memories, which is really hard to describe with words.

A lesser remembered Disney classic, The Rescuers follows two brave mice who are part of the International Rescue Aid Society; a consortium of mice from across the globe who have come together to help humans in need. It sounds bonkers… but somehow it works. Hungarian mouse representative Miss Bianca and IRAS caretaker Bernard are chosen to rescue orphan Penny from the evil Madame Medusa. Penny was kidnapped by Medusa in order to help her find a rare diamond in an old dangerous mine, and the mice must save her before it’s too late.

Madam Medusa was definitely best pals with Cruella de Vil. Try and convince me otherwise. In all seriousness, it’s almost as if they borrowed some of the same shots of Cruella from One Hundred and One Dalmatians and gave them a new face. If you watch both back to back, you’ll see exactly what I mean.

Realistically though, The Rescuers is less fondly remembered than One Hundred and One Dalmatians, but I would argue that that’s simply because there was relatively little progression in Disney’s animation between 1961 and 1977. That doesn’t mean that it’s any less visually charming however; the hand drawings in this film are stylish and somewhat detailed, especially for a movie made in the seventies.

Films like this one mark that magical period in Disney’s history when its filmmakers didn’t feel the need to drag movies (that are ultimately made for children) out to fill a two-hour time slot. Though some sequences weren’t exactly necessary (the overhead shots of New York landmarks, for example), they’re wonderfully glorious to look at, so who cares? This movie doesn’t outstay its welcome, that’s for sure.

What makes The Rescuers deserving of a four Q rating is its plot. The storyline is full of adventure and wonderment and sadness and joy; elements which all work in tandem to form a cohesive, understandable plot that feels complete by the end. Plus, it doesn’t hurt that Medusa is a genuinely terrifying, quietly iconic villain.

Of course this isn’t a patch on the films Disney/Pixar release in this day and age visually, but it’s still so sweet and works to fill any nostalgia cravings you may have. Oh, and I want to be Miss Bianca when I grow up. For real.

The Rescuers is available to stream on Disney+ in the UK.