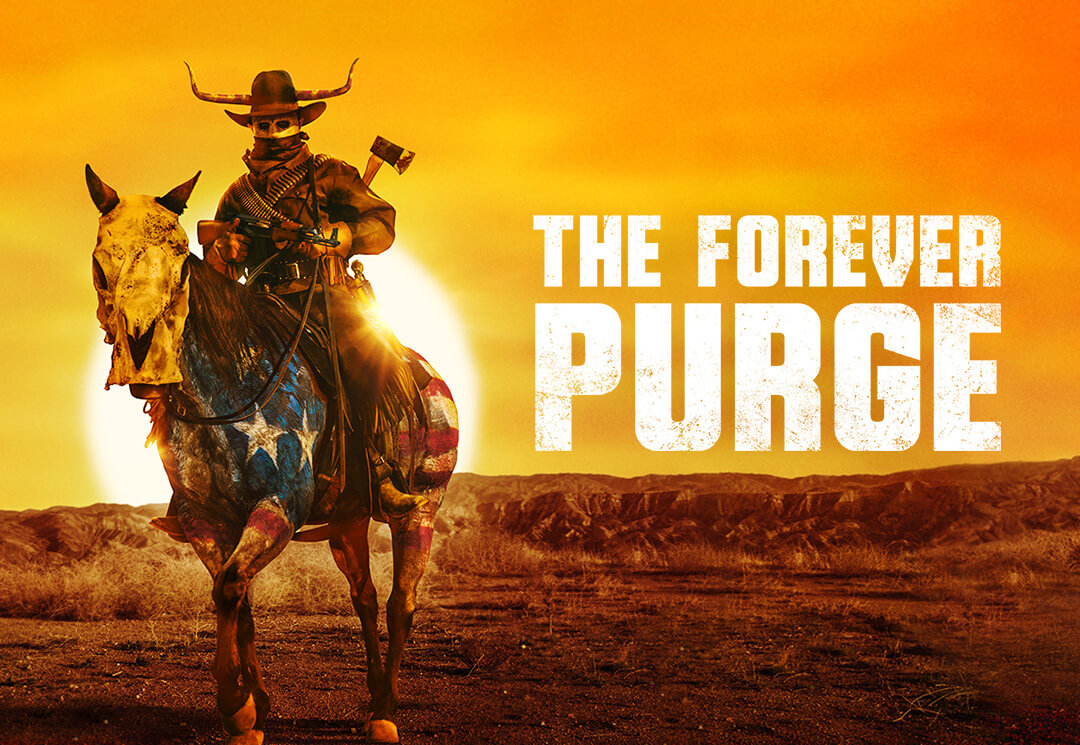 Here we go again, I guess! When The Purge hit our screens in 2013, I can’t imagine that anyone thought there’d be a bunch of sequels. One sequel, maybe. After The Purge: Anarchy (the second movie, by the way), the franchise seemed especially dead since it was entirely forgettable. However, movie #2 actually exceeded the box office sales of the first movie by over $20 million and the franchise was therefore doomed to continue until the end of time.

The latest film in the series, The Forever Purge, is actually cursed with having the worst box office numbers of the lot, but making $77 million during a pandemic isn’t actually bad at all, and it’ll probably mean that there are more still to come. In this instalment, the rules of The Purge are broken once and for all, as a group of anarchists decide to continue with the crime even after it’s over. Our way into the chaos? By joining a group of Mexican immigrants who unite with a rich Texan cowboy family in their attempt to escape the United States and return to their homeland.

No one is actually asking for more Purge movies, are they? It seems as though people keep making their way to the cinema for these movies purely because once you’ve seen one, you feel like you have to see the rest of them. You know what though? This was actually a fun twist on what was originally an intriguing premise.

So yeah, The Forever Purge could not be more on the nose if it tried. The themes rely solely on heavy social commentary, touching primarily on racism but also immigration and the rich/poor divide. It also happens to have been released shortly after the mindless raid on the US capitol, so it almost acts as sort of a premonition to all that, since it was actually filmed before it happened. What’s more is, although the conclusion here was easy to spot a mile off, I actually didn’t mind it; this instalment had a fun, (or chaotic) fresh take on the franchise, so I’m happy to report that I didn’t fall asleep during this one! The same cannot be said for The First Purge…

Aside from the things previously mentioned, the story itself was a bit of a mess. Of course the nature of the narrative meant that it was going to be hectic 90% of the time, but certain sequences seemed to go on for what felt like a lifetime. Also, some of the shots here were brilliant and the action sequences were pretty good, yet they were often let down by some sections that just looked cheaply made in comparison. A real mixed bag.

On a more positive note, I’d actually pay good money to see an action movie with Ana de la Reguera as the lead. She holds the entire movie together and plays a convincing heroine. While the rest of the cast are fine, she stands out above the rest.

Again, no one asked for another one of these. Alas, apparently there will be more, even though this was intended to be the last. Not forgetting that there’s also a TV show… Despite the over-saturation of The Purge at this point, I’m actually pleasantly surprised by this one. There was good tension-building and likeable characters at the very least, which is more than I can say for the majority of the other films in this canon.

The Forever Purge is available to stream on Sky Cinema and Now TV in the UK.