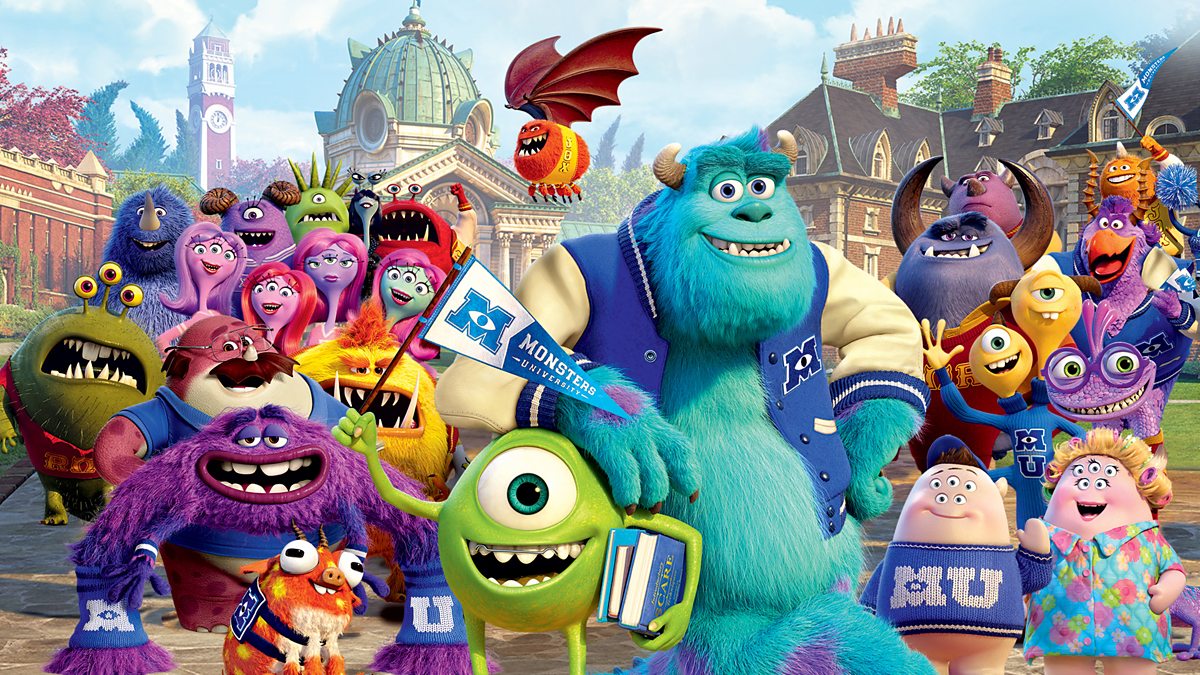 Yesterday, it dawned on me that I still haven’t seen all of the Pixar movies. All of the movies I’ve watched over the past two years and somehow I still haven’t seen some of the most popular animated movies of all time? Time to put that to a stop, no doubt. For future reference, the ones I’m still yet to watch are WALL-E, The Good Dinosaur, and Incredibles 2, so don’t be surprised if they pop up here soon. (And don’t forget that Lightyear is due to come out later this year…)

Now, I definitely have seen Monsters, Inc., which is probably a good job since this movie ties in with that one quite intimately. Monsters University is technically a prequel to the 2001 mega-hit, and it looks at Mike and Sully’s lives when they first met and – perhaps surprisingly – they were not the best of friends. That’s right, unlike Pixar’s other sequels, University goes back in time, rather than forward, and is almost like an origin story in that respect.

All in all, this is a pretty pointless sequel. It’s not exactly necessary to the ‘lore’ of Monsters, Inc., if you could call it that. But it’s not without a certain charm.

There’s just something about the Pixar sequels I’ve seen so far that don’t hit quite as hard as their prior films. (Except you, Toy Story 2. I would never disrespect you like that.) Monsters University is fun and generally quite amusing, but Monsters, Inc. is undoubtedly superior in its simplicity and timelessness. Even so, I can’t call this movie bad, because there’s plenty to credit despite it being mostly forgettable.

On a positive note, this movie represents Pixar perfecting their animation after a 12 year Monsters hiatus. Everything is so smooth and vibrant, which is a vast improvement on the slightly patchy animation that was on display the last time we saw these characters. Not only that, but there’s a greater sense of depth and three dimensionality going on with this movie, which makes it an absolute visual feast. Even the lighting is outstanding, which is some mean feat for an animated movie.

Story-wise, the plot here is super fun without a doubt, but seems to be missing the profoundness possessed by the majority of Pixar’s catalogue. It’s a sweet tale of friendship and perseverance… but that’s it. Though it is consistently entertaining and often really funny, it can’t complete with this studio’s most highly acclaimed works. And that’s okay – not everything is going to be a home run.

Strangely enough, I probably had a better time watching this movie than Monsters, Inc. purely because it was more entertaining and light-hearted overall. However, it’s definitely less memorable and not quite as heartfelt as its predecessor. I have to say though, Dean Hardscrabble is maybe one of the best villains I’ve seen in any animated movie.

Monsters University is available to stream on Disney+ in the UK.