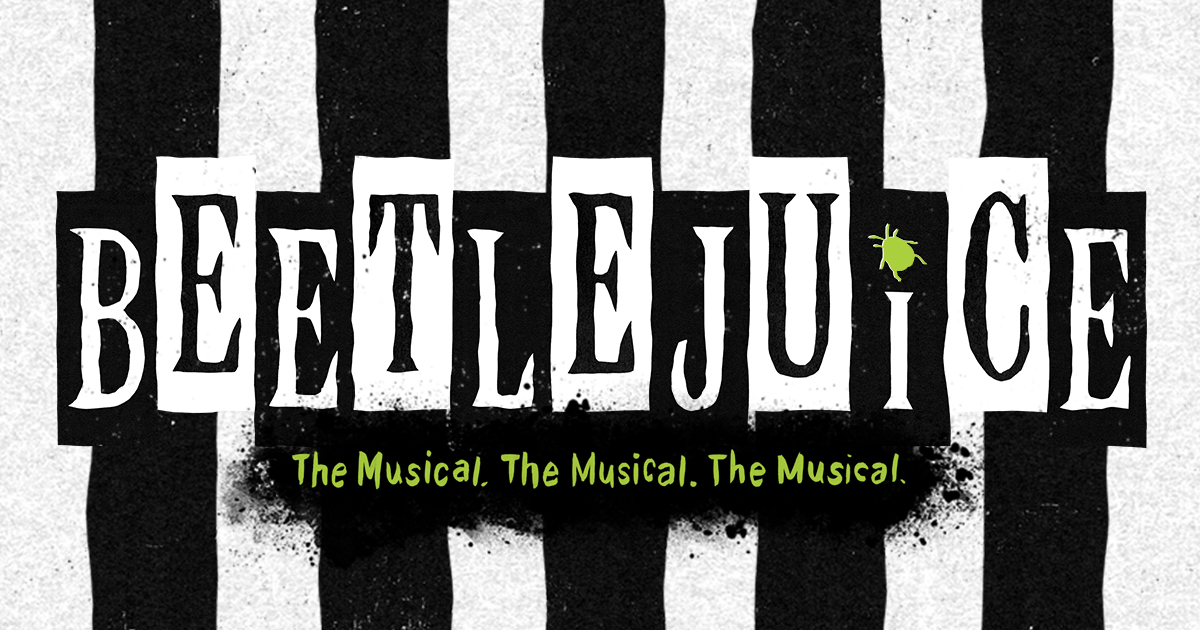 Surprise! So you thought The Quayside Review was just a movie blog, huh? Well, have I got news for you? My wife has been insisting for a while now that I can make it so much more: why not review more than just movies? Especially since now I haven’t been able to watch so many films since it’s not the height of Covid anymore, I’m missing my writing quite a lot.

So, from this day forth, The Quayside Review will become a general review site. Movies will indeed be the main event here, but look out for reviews of other stuff here too, from restaurants to hotels to TV shows… to musicals. Who knows, maybe my other half will lend her hand at writing and reviews a for video games for me too? Only time will tell.

For now, we turn our heads to Broadway’s newest smash hit: Beetlejuice. Adapted from the classic Tim Burton movie, Beetlejuice The Musical is pretty much a straightforward translation from screen to stage, which is fun because it’s usually musicals that are adapted into movies. The characters are pretty much the same as in the film, and writers Scott Brown and Anthony King have kept in the two stand-out musical numbers in Harry Belafonte hits Jump in the Line and Day-O, which says they know what people will be most looking forward to in this one.

In regards to casting, there are a couple of performers who really catch the eye as absolute superstars in this one. Though the whole company is wonderful, there are three actors who jump out amongst the rest. Firstly, our main protagonist Lydia is played by super talented 20 year old Elizabeth Teeter, who has a lot to live up to since Winona Ryder‘s performance is legendary among cult movie-watchers. Her voice is incredibly strong indeed, although it has to be said that she also has a good sense of comedic timing and plays her angsty alter-ego with true professionalism.

Next comes Broadway veteran Leslie Rodriguez Kritzer, who was actually the highlight of the show for me. She plays Delia (played by living legend Catherine O’Hara in the film), and she lights up the stage every single time she graces it. Not only does she have a booming set of pipes but the amount of laughs she got out of me was more than any other performer in the show; Kritzer manages to incorporate some of O’Hara’s Moira Rose (Schitt’s Creek) into this too, which feels like a really fun, meta ‘in-joke’ with the audience throughout.

Finally, of course we must speak about Beetlejuice himself. In the wrong hands, this is a character that could fall flat on his face, but Tony-nominated Alex Brightman puts one at ease as soon as he appears. He’s a true pro, and a quadruple threat when you take his singing, acting, dancing and stand-up comedy talents into account. You’d be hard pushed to find anyone more suited to the starring role, that’s for sure.

In terms of the music itself, I won’t pretend that the musical numbers are all that memorable. Barring the two songs I previously mentioned (with Day-O being the real MVP of all), I can’t say I really remember any of the lyrics to the original songs or indeed their melodies. However, it doesn’t really matter all that much: in the moment, they serve their purpose of furthering the plot, and nothing tedious.

What stands out most technically about Beetlejuice is the staging. When I read my Playbill during the interval, everything began to make sense: triple-Tony nominated theatre designer David Korins was at the helm. In the past, Korins worked on Hamilton, which says a lot since the staging in that show is absolutely phenomenal. There’s more of the same here, with the stage itself being moved electronically and the scenery seamlessly transitioning from one setting to another with ease. (Just so you know, he was Tony-nominated both for Hamilton and Beetlejuice, so what more do I need to say?)

Unfortunately, I have to report that the first half is much, much better than the second. Whilst the first act is jam-packed with action, storylines and fun, the second is much more pensive and slow. Not only that, but Beetlejuice himself appears much more rarely the more it goes on, which is a shame, but it is probably due to the way the story progresses in all honesty. Of course, most stage shows have one half that’s superior to the other, but it must be noted that the first is by far the one that will entertain you the most.

Despite a couple of hiccups, it’s clear to me now why Beetlejuice is rumoured to be coming to the UK soon. It is full of humour, joy, and a little bit of apathy – what could be more UK than that?