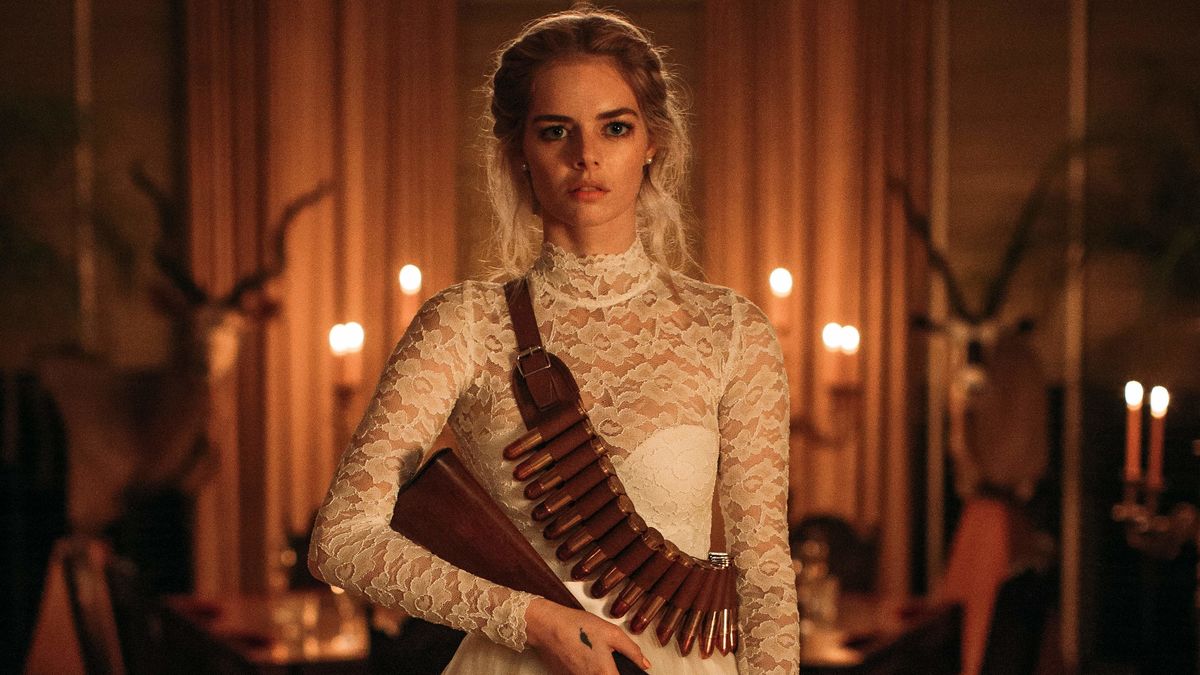 Ready or Not is a force within itself. This is a movie that I waited longer than I wanted to to see, and it gave me more than I actually ever thought it would.

Ready or Not has an original story concept that could have been so overwhelmingly campy and cheesy, but it is so clever that it amazingly avoids being as ridiculous as other films like Escape Room and Circle. The plot goes as follows: Grace (Samara Weaving) is about to marry into a particularly crazy family, but she’s not aware just how crazy they are until after the fact. On her wedding night, the family inform her that to become a true member of the family, she has to draw a card from a box, and they have to play what ever game is on the card. Think of it as a sort of initiation. Obviously the game isn’t as harmless as it originally seems… and things take a deadly turn for the worse.

Don’t even get me started on trying to pinpoint the genre of this – it is so many things. It’s as though the writers recognised that this could have been so goofy that it wouldn’t be taken seriously, so they added some comedy in there as a kind of ”fuck you” to those who expected it to flop. On top of that, there’s obviously a horror/thriller aspect within the deadly game itself. There’s an added aspect of drama too, which is just the cherry on top. This is a movie that isn’t restricted by only being one genre, and that’s what makes it brilliant.

The comedy I mentioned isn’t just your average string of one-liners either, although there are plenty of those. Comedy mixed with death clearly puts forth a ‘black comedy’ tone, but add in some slapstick nonsense and you have something truly original. And that’s what Ready or Not has in spades. When you put all this stuff together, you get a weird hybrid mix of Get Out and The Cabin the the Woods, except there’s a white woman at the forefront of it all.

On that note, I should point out that before sitting down to watch this movie, all I’d heard was how great Samara Weaving was in the lead role. And I’ll tell you this: everyone was correct. In fact, before starring in this, she was relatively unknown unless you’re a die hard fan of Australian soap Home & Away. But let me tell you, she’s definitely on some Hollywood radars now. She expertly plays Grace as aptly hysterical, at the same time as delivering some of the funniest lines in the movie. I would argue that she actually has the best line of the bunch when she yells ”GO FUCK YOURSELF, JUSTIN!” at a roadside assistance customer service agent. Her supporting cast is filled with perfect performances too, with the likes of Adam Brody and Andie MacDowell really stepping up to the challenge.

Technically, Ready or Not is brilliant. The sepia tones used are particularly well placed, and the plotting is paced nicely. I was truly entertained from start to finish, which is saying something when I get distracted so easily.

This movie is rated an 18, which is understandable due to all the blood and gore. But don’t let that put you off if you’re sensitive to that sort of thing. Watch it and you can thank me later.

Ready or Not is sadly not available to stream for free (yet), but you can rent it for £3.49 on Amazon in the UK.