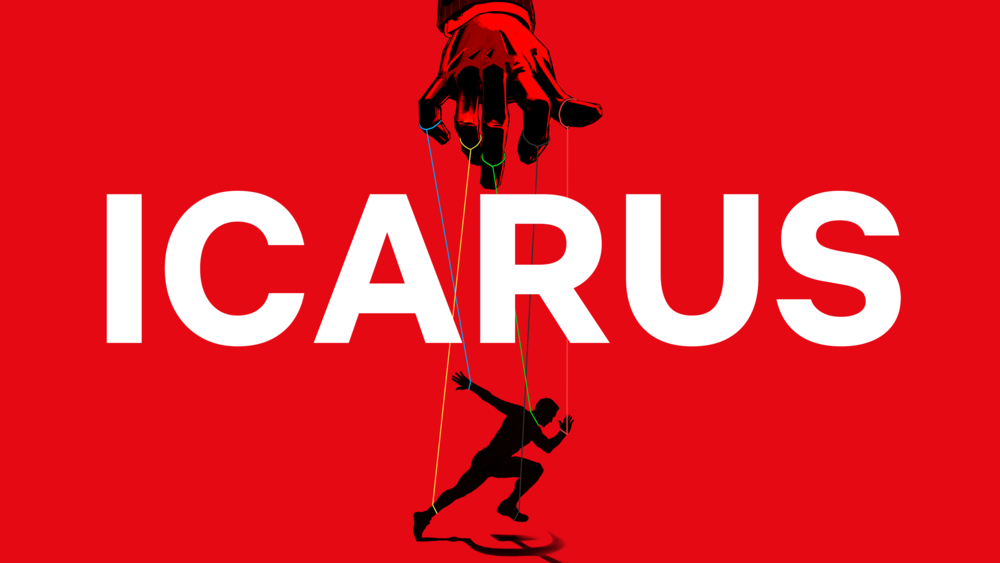 What could be more Christmassy than a documentary about a Russian athletics doping scandal? To be fair, I needed a break from incessant twinkling lights and Mariah Carey, and there could be nothing more anti-Yuletide than this film.

Icarus won the Oscar for Best Documentary at the 90th Academy Awards, and for good reason. This is a real documentary. Bryan Fogel is the director and the star of the show, and when it begins, his intentions are to show how the use of performance-enhancing drugs (mostly steroids) can affect his finishing position in an amateur cross country cycle race. After a short time, he stumbles upon something much bigger than his experiment. When he started making the movie, he had absolutely no idea what he was getting himself in for – Fogel gets involved with a Russian scientist named Grigory Rodchenkov, who claims he worked for the Russian government to get unclean athletes into the Olympics, and it all escalates from there.

Everyone knows about Lance Armstrong. Everyone knows about the Russian Olympics Doping Scandal. What people probably don’t know is just how deep the corruption goes, and this is a really well constructed documentary that works to expose it all, even if the intention was to prove something far, far smaller at its inception.

I prefaced this by stating that Bryan Fogel is the star of the show, so let me elaborate. Icarus is such a brilliant, eye-opening ethical experiment by the director in that you have to applaud his bravery and his willingness to use his own body to further the credibility of what he is doing. He fully deserved his Oscar win for this, both on creative and personal terms.

It’s not always super gripping, but it is always interesting. The entire film is like an exposé being documented in front of your eyes, and for good reason: because that’s exactly what is going on. There’s so much intrigue and mystery, and the craziest thing about it all? Grigory Rodchenkov – the scientist recruited by Fogel to assist him in it all. What a character. And what a courageous guy. Before long, Fogel feels it necessary to harbour Rodchenkov in his California home, as it becomes apparent that Putin and his cronies would assassinate him were he to remain in his Native land. You read that right: that’s how crazy this whole thing gets.

It is a little long-winded and it’s slightly longer than you’d want it to be, but there’s so much ground to cover here that it’s to be expected. There are some brilliant plot twists however (if you don’t already know the full story anyway), including possible murder that will undoubtedly keep you on your toes.

Overall, Icarus is not the best documentary I’ve ever watched, but my God it’s an important one. The corruption on display here will certainly heighten your sense of paranoia and open your eyes to the dishonesty in even the highest levels of government. Informative, even if it’s not always thrilling, this is a true documentary of the highest standard, and one that will become pivotal in understanding this scandal in the future.

Icarus is available to stream on Netflix in the UK.