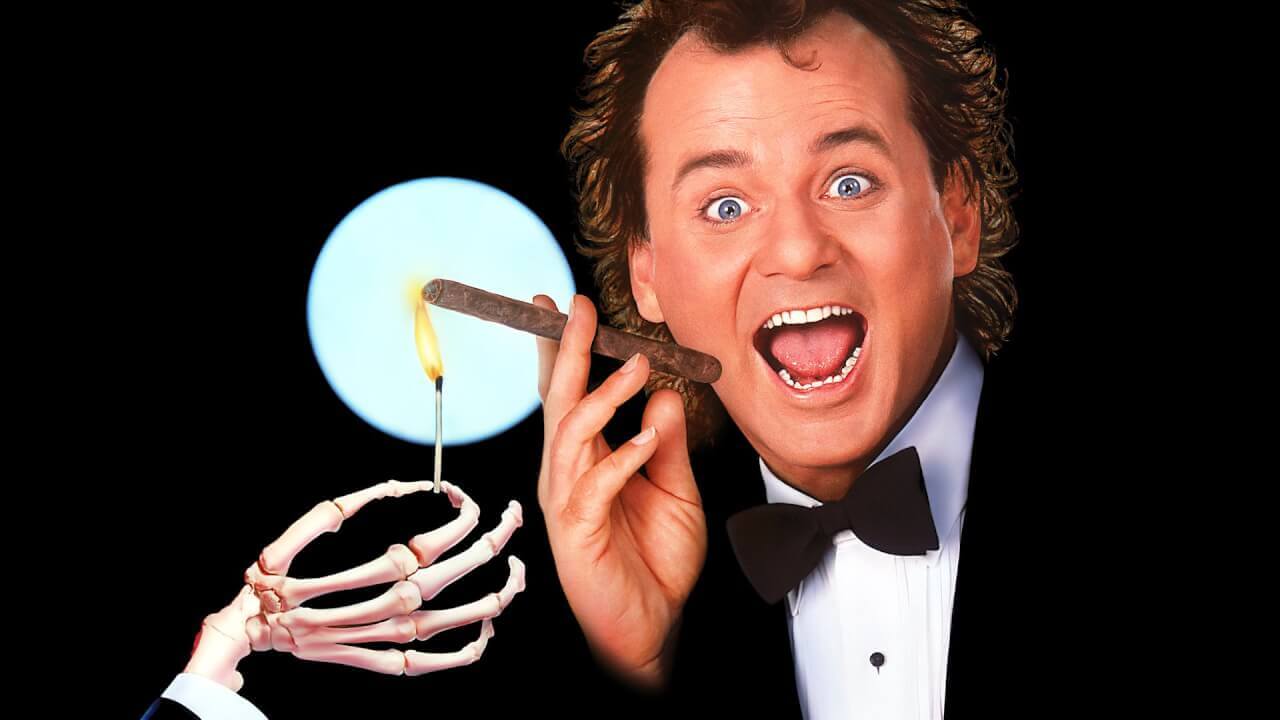 Here it is: the night before the big day. Well, in the UK it’s actually a small day this year, due to the government telling us we could have 5 days to enjoy Christmas only for them flip-flop and change their minds a mere 48 hours later. So why not watch Scrooged? After all, it’s a movie in which you could easily replace Bill Murray with Boris Johnson and it would be exactly the same: cheeky one-liners, dodgy haircuts, and a massive twat at the centre of it all.

In this Charles Dickens adaptation – yes, this is yet another take on A Christmas Carol – Murray plays Frank Cross; a wildly successful but overly ambitious and utterly miserly TV executive. Indeed, Cross is a modern day Scrooge who hates Christmas and gifts even his closest relatives with nothing but a thoughtless towel every year. As you’ll be aware, three ghosts visit Scrooge in the original tale and this is no different… other than the fact that The Ghost of Christmas Present is played by none other than the fabulous Carol Kane, amongst a long list of other cameos. The ghosts work on Cross in order to change his outlook and find the true meaning of Christmas.

Considering that Scrooged is a variation on a story that everyone already knows, it takes a hell of a lot of time to get into it. We know this guy is a dick, now get on with it already! There’s far too much backstory here, but lets brush that aside for now and see how the rest of the film fares.

Once it finally gets into the swing of it, there’s some great humour amongst the convoluted storyline. Bill Murray – whilst completely unbelievable as the bad guy because he’s so darn nice – does some of his best comedy in this movie. Alfre Woodard is completely over-qualified to play this role despite being relatively unknown prior to this film, but excels regardless. And of course – no surprise – Carol Kane is absolutely brilliant.

As a piece of scriptwriting, I have to admit that the quips (mainly from Murray) are pretty great, as is the slapstick comedy. That sequence with the toaster is undoubtedly the best of the lot, and it’s clear why it’s remembered so fondly. However, as a whole, the writing is not pacy enough at all, making it all feel way longer than its 101 minute run time.

Honestly, I was expecting more. Were my expectations too high? Possibly. I mean, my brother (Hi, Simon!) labels Scrooged as his favourite Christmas film of all time, as do many others, and I can agree that it’s certainly not the worst, though it’s not my favourite either. However, it is decent enough for an adult Christmas movie and is certainly less cheesy than your average Christmas film, although there’s still plenty of cheese to go around. (And I don’t mean the crackers and chutney kind.)

Look, it’s one of those movies I didn’t hate, but didn’t love either. I can see why some people love it so much, but I probably won’t think about it ever again. Bah humbug, I guess.

Now excuse me while I go and watch Gremlins for the second time this year.

Scrooged is available to stream on Sky Cinema, Now TV and Amazon Prime Video in the UK.