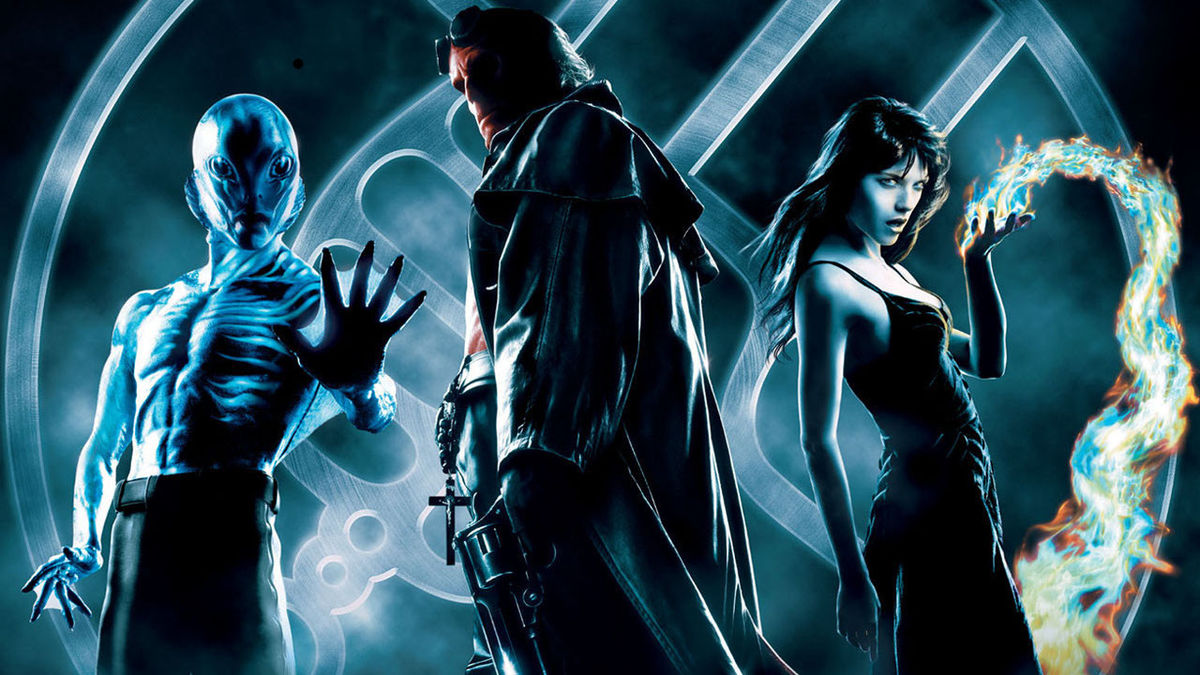 Remember when I said I’d been challenged to watch every superhero movie ever made? Well, I’m not sure you can actually class Hellboy as a ‘superhero’ movie, per se. It’s based on a comic book, sure, but is Hellboy himself an actual superhero? Oh heck, who cares? It’s super fun and that’s all that matters.

In the beginning, the film explains where Hellboy came from in the first place. (Thank God, because I knew literally nothing about the comics before this.) It turns out that the Nazis used black magic in an attempt to bolster their failing plan at the end of the Second World War. When Allies raid their camp, they discover that they accidentally raised a demon from the underworld, and they name him Hellboy. Even though he’s technically a ‘demon’ however, Hellboy chooses to fight for the cause of good instead of evil, and we re-join him when he’s grown up and ready to do some ass-kicking.

Stylistically, Hellboy is so obviously Guillermo del Toro right off the bat, from the very first frame. It is an example of dark, creepy, moody, weird, fantastical world-building at its finest. Though it doesn’t exactly boast the best CGI in the world, it is undoubtedly charmingly seventies in its basic aesthetic. Only the best directors apply their own style to everything they do and this film is no exception for del Toro. The exceptional framing and colourisation don’t offend the eyes either.

Alongside some really glorious visuals, I have to say that gosh, John Hurt really was one of the finest ever actors, wasn’t he? Even though he’s fully aware that he’s in a little bit of a kooky, slightly ridiculous blockbuster superhero movie, he brings his most refined Shakespearean acting to his role and is the lynchpin of the whole film, despite not playing the titular character. Side note: Doug Jones is undoubtedly the best physical actor you’ve never heard of… unless you’re a nerd. Also, Selma Blair is sorely underrated. Aw heck, the entire cast is stellar.

Sadly, whilst the film’s plot begins very promisingly and with hints of humour amongst some terrifying Nazism, the second act lacks a little. Story-wise, I found it long-winded and I kind of just didn’t care what was going on after a while. I guess I just expected a little more action and a bit less talking? I don’t know. Whatever it was, I probably won’t remember what the story of this was come tomorrow. (Side note: I’m actually writing this a week after my initial watch, and I can confirm that I have completely forgotten what the hell happened here.)

There are some moments of pure brilliance within this film: the cast, the direction, the make-up and of course Marco Beltrami’s booming, dramatic score. I just wished that the story lived up to the potential it had… but I’ve heard that the sequel is better, so I’ll probably give it a go!

Hellboy is available for £2.49 on Amazon and the Google Play Store in the UK.