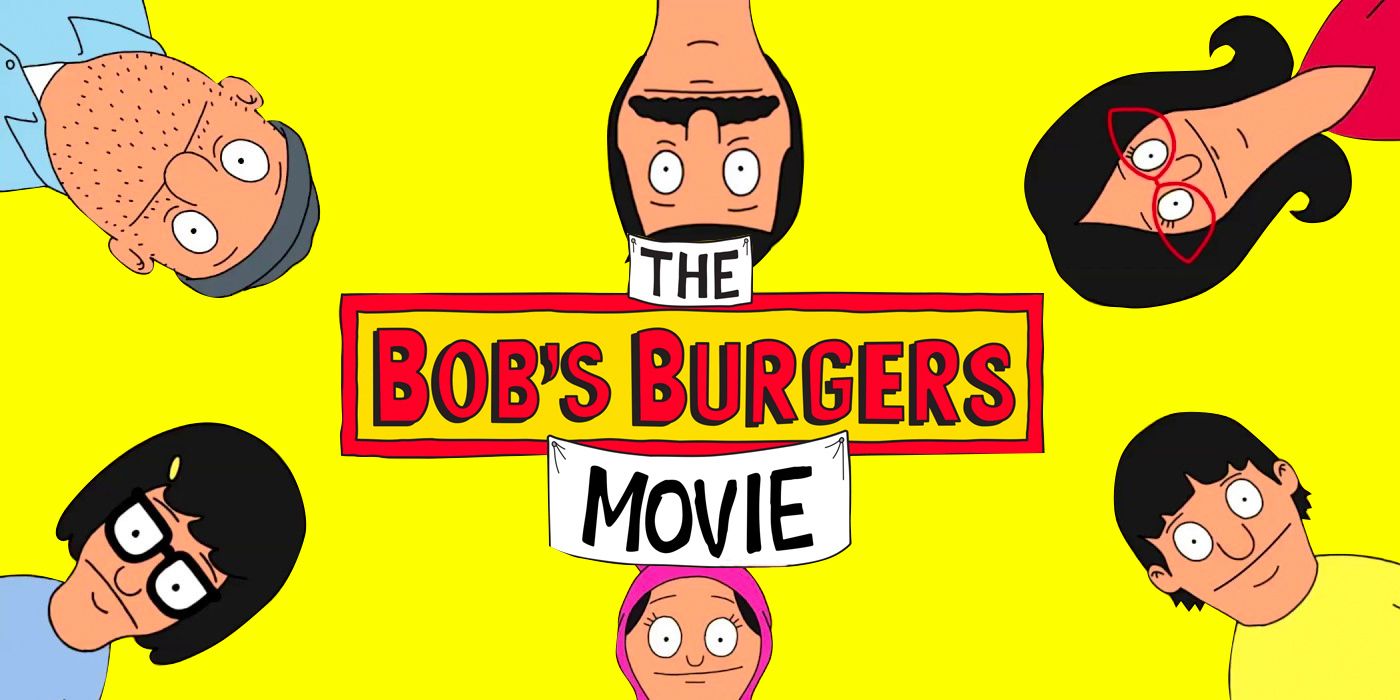 Aw, man. Everything in life just felt a little bit happier and a little bit calmer after I saw The Bob’s Burgers Movie. Though there were certainly not enough people in the screening I was in, it’s safe to say that everyone who was there had a good time. In fact, it was probably the emptiest theatre I’ve been in for a while, yet you could still hear the six other people laughing and chortling continuously, so that’s a good sign, isn’t it?

The Bob’s Burgers Movie is a feature length adaptation of the ever-popular Bob’s Burgers animated TV show and contains all of the original voice cast, including its plethora of superstar comedian guest stars such as Sarah Silverman, Paul Rudd and Stephanie Beatriz. In this super-sized edition of Bob’s, the Belcher family are going through some financial trouble, which only gets worse when a sinkhole opens up outside their beloved restaurant. When Louise falls in it, she finds a human skeleton and an entire murder investigation is launched. It’s not only the police who get involved however, as the Belcher kids vow to solve the murder themselves.

One thing’s for sure: we didn’t need a Bob’s Burgers movie. The good thing? It doesn’t matter. This thing is delightful. I don’t regret a single thing about going to see this on the big screen – it was actually quite surreal and fun to watch this bonkers animated family with a bunch of others when usually my wife and I watch it in bed before we go to sleep.

The Bob’s Burgers Movie excels where other TV-to-film adaptations failed in that it doesn’t try to step out of its comfort zone too much. For instance, what The Simpsons Movie did was try to go too big; a large portion of the story takes place outside of Springfield and therefore takes the audience away from what everyone loves about the TV show. Bob’s does the opposite. It’s pretty much just a really long episode, and there’s just something so cool about watching it in a theatre with strangers.

Beforehand, I was kind of worried about how they’d manage to make this simplistic, two dimensional animation style cinematic. Turns out I had no need to worry. Yes, most of the visuals mirror the TV show, but there’s some classic cinematic flair about it, from the Broadway musical numbers to the way the camera moves through certain scenes. For instance, we’re used to seeing those quirky, ever-changing opening credits with background puns on TV, but the way they film it in this instance lets us look behind the scenes, giving die hard viewers a new perspective that will thrill and delight, even in its simplicity.

Sometimes, it’s just nice to go into a movie that has characters you already know and love. For non-fans, I’m unsure how much they’d be into it, but it has heaps of actual laugh out loud jokes in there that casual comedy fans will probably get a kick out of it too. Plus, it helps that Louise Belcher is perhaps one of the best animated characters of ✨ all time ✨. And I don’t say that lightly.

In fairness, it’s not reinventing the animated wheel, and it’s perhaps slightly lengthier than it needs to be. Even so, I’m glad this movie exists. Sometimes a little comfort is exactly what you need and Bob’s Burgers has that in abundance.

The Bob’s Burgers Movie is currently screening in cinemas across the UK.